Less More
4 years 8 months ago #246 by Trevor Meier
New Elo Ranking System for Tennis Ladders was created by Trevor Meier
We have created a new rating system for the ladders called the Elo Rating system. This system will replace the True Rank system.

You will still be able to continue using the True Rank system if you are using it now, but all future ladders will not be able to use it.

The Elo Rating system starts each team with a default rating of 1500 points, which will increase as they win and decrease as they lose. The amount of points gained or lost from a game is dependent on the points of the opponent played. For example, if a 2000 point team beats a 1000 point team, very little change will occur to either team's rating. However, if a 2000 point team loses to a 1000 point team, both team's points will change drastically. Teams points will also change more drastically during the first matches that are recorded. This allows teams to reach a stable equilibrium quickly.

The Elo Rating system should be a little more accurate then the True Rank system, and more importantly, easier to understand. If you want to learn more about the math involved, go here:

1. I wrote a program that uses Canada's Rogers ELO Rating but using my own table for gains/loss and we also started with initial rating of 1600, 1550 and 1500 for our Level 3.0, 2,5 and 2.0 level players and I've entered all our tournament and ladder matches from last year so we have an up to date ratings. Is it possible to manually enter them in Ladder?

2. Can we use this rating system instead of the Registered Level in tournaments? If not, maybe you can incorporate this in future site upgrade where the player has the option to enter a rating (1500, 1550, etc) aside from the Player Level?

Less More
4 years 8 months ago #250 by Trevor Meier
Replied by Trevor Meier on topic New Elo Ranking System for Tennis Ladders
The calculated playing levels use a very similar formula based on the same Elo system.

Less More
4 years 8 months ago #251 by Trevor Meier
Replied by Trevor Meier on topic New Elo Ranking System for Tennis Ladders
You can always change a team's points on your tennis ladders. So if you wanted all your 2.5 players to start the ladder at 1450 points, you could do that.

Based on the above numbers, the Rogers ELO calculations would have
Dennis gain 6 if he wins, Ray loses 6 points.
Ray gains 12 points if he wins, Dennis loses 12 points.

Since Dennis is the higher rated player, his lost points should be greater than his won points.

And depending on the gain/lost points table, that BIG rating points difference may have earned Dennis ZERO points if he wins and Ray ZERO point lost.
Last edit: 4 years 8 months ago by - Aykol -.

Trevor Meier wrote: You can always change a team's points on your tennis ladders. So if you wanted all your 2.5 players to start the ladder at 1450 points, you could do that.

I was able to change the points but it didn't recalculate with the already played match. It assigned it as the new ladder points.

Or will it recalculate it tonight?

So, if a 2.5 level player joins your ladder, you can update his points immediately to 1450 (your choice).

Less More
4 years 8 months ago #255 by - Aykol -
Replied by - Aykol - on topic New Elo Ranking System for Tennis Ladders
Thanks.

I'm glad you have been working on an improved ranking system. Something seems a bit amiss however, at least in the early going. I converted our completed ladder ( www.globaltennisnetwork.com/network/tenn...dder-end-jan-31-2016 ) to the new ELO system and noticed the following for our first three matches:

What you'll see is:
- that there was very little points movement (16 points) after the first match - fine
- the second match (which is a repeat of the first match) has a monstrous swing in points (436 points). Why?
- So after the 2nd match, even though everybody was 1-1, there was now a significant differential in points between the players (seems very strange and doesn't reflect reality very much). In addition, the team that lost by a closer score (6-4) now has lower points than the team that got skunked (6-0). Seems unfair.
- We switched up teams for the third match and you'll note that Ted, even though his record is 2-1, has significantly fewer points (440) than Deb, even though Deb is 1-2. Deb, who shares the same 1-2 record as Robert has 840 points more than Rob.

thanks for all your work on this site. I so appreciate it.
ted 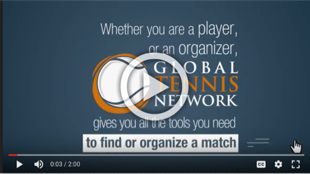