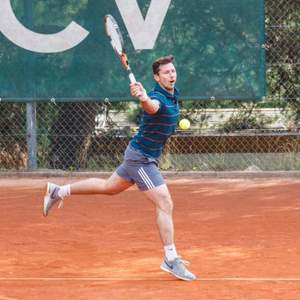 Details
Swiss national, moved to Miami in 2016. I was ranked R2 (upper regional ranking) in Switzerland at that time (frequently competing singles and doubles in tournaments and national league), which should be equivalent to a 5.0 I think, but never had the occasion to verify. I haven't played much since I moved here, so eager to come back to it.

RF and Stan obviously, but started as a fan of Boom Boom Becker and Stefan Edberg.