Avon and Somerset police published a photo of three men as part of an appeal for more information.

The other two are also believed to be British tennis players and police say they have names for all three, who may be able to help with their enquiries.

BBC tennis correspondent Jonathan Overend said Evans' agent confirmed on Sunday he is fully co-operating with police, but has been advised not to make any further comment at this stage.

The alleged incident is reported to have taken place in the early hours of Friday 19 March.

Evans, Britain's top-ranked teenager, was beaten in the second round of a tournament in Bath that week by compatriot Josh Goodall.

Avon and Somerset police issued an appeal on their website for help in identifying three men "who may have information".

The appeal said a woman left a nightclub with a friend and they began talking with two men before one allegedly pushed her onto a discarded mattress and sexually assaulted her.

Two years ago, Evans, who is believed to be in the United States, had his funding suspended by the LTA after being caught on a late night out while still involved in the doubles event at Wimbledon.

Looking for tickets to Wimbledon 2010?  Check out our website: wimbledon tennis tickets

Tennis Elbow and Strings
Tennis Gear
Just so we're clear, if you have tennis elbow, changing your strings won't get rid of it. It will help to reduce the vibration that you experience which can in turn reduce the pain. At this point if y...
14713 Hits
3 comments
Read More

Have Your Tennis Balls Lost Their Bounce?
Tennis Gear
Have you ever gotten to the court, only to find the perfectly good looking tennis balls you were going to use, have completely lost their bounce? Many players use a new can of balls each time the...
11809 Hits
4 comments
Read More

3 Winning Hybrid Tennis Racket String Combinations
Tennis Tips & Drills
This is an entry from my regular blog about racket stringing and I posted it here:  After reading this article you will have 3 winning hybrid combinations to improve your game. Some time back I publis...
8282 Hits
0 comments
Read More

The Unwritten Rules of Tennis
Tennis
Tennis Instructions
Don't let bad calls or scoring disputes ruin your fun on the tennis court. This article presents USTA guidelines and the unwritten rules of tennis that are designed to help you enjoy th...
7440 Hits
1 comment
Read More

Learn How to Stencil a Tennis Racquet
Tennis Gear
Have you ever wondered how racquet stringers stencil your tennis racquets? Stencils are painted on designs on the strings of a tennis racquet. Most of the time these designs are the logo of the tennis...
2099 hits
1 comment
Read More
12 August 2010
TennisEarth.com announces the launch of Tennis Earth’s Tennis Exchange - Fantasy Tennis
Tennis
TennisEarth.com has always had a reputation for bringing unique and interesting features to tennis fans worldwide and its latest contribution is a one of a kind ‘Tennis Exchange’ where the...
527 hits
0 comments
Read More
09 September 2017 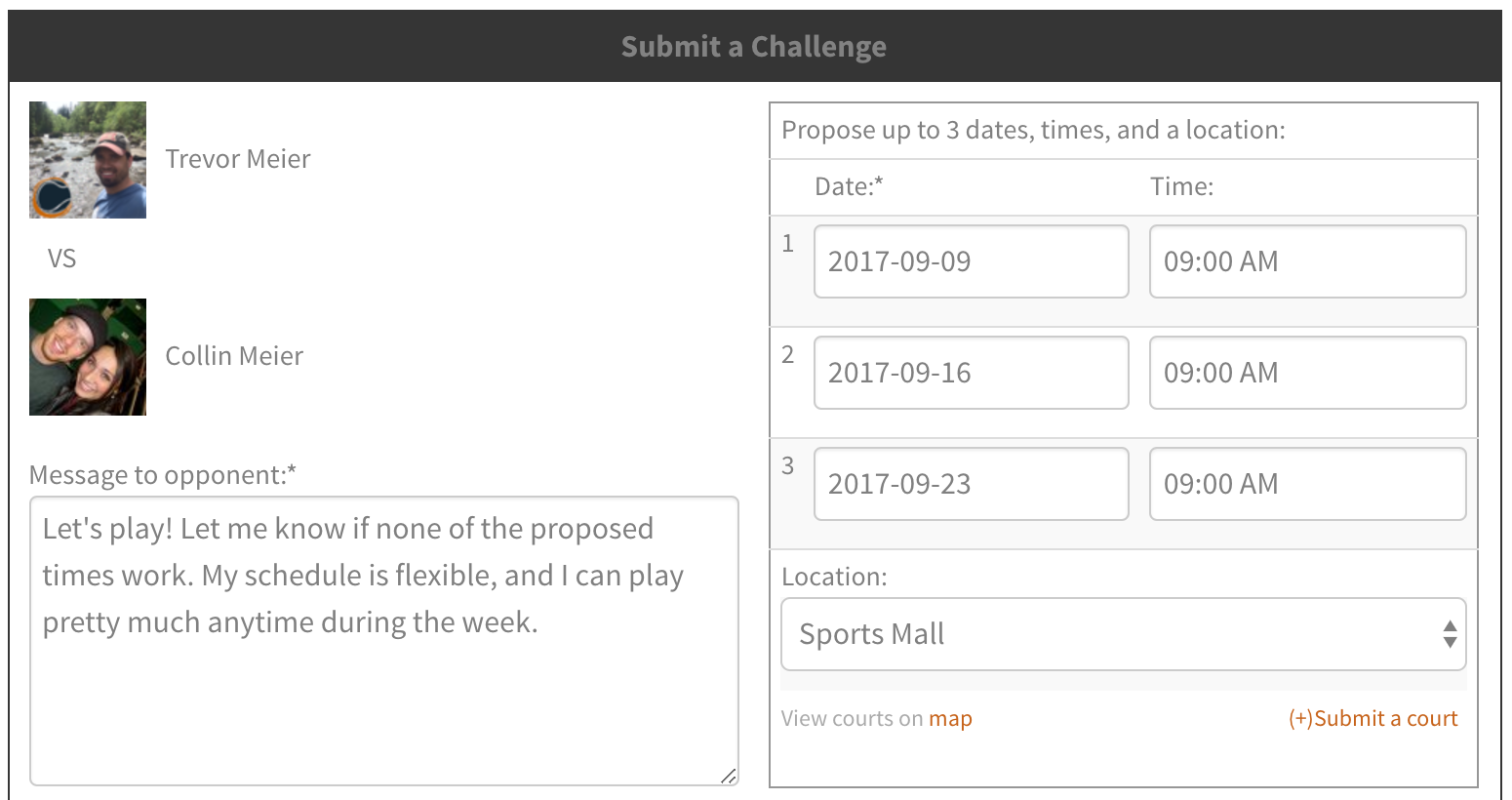