​We recently added a new feature to networks called "Groups". A group is a simple way to organize groups of members within your network. 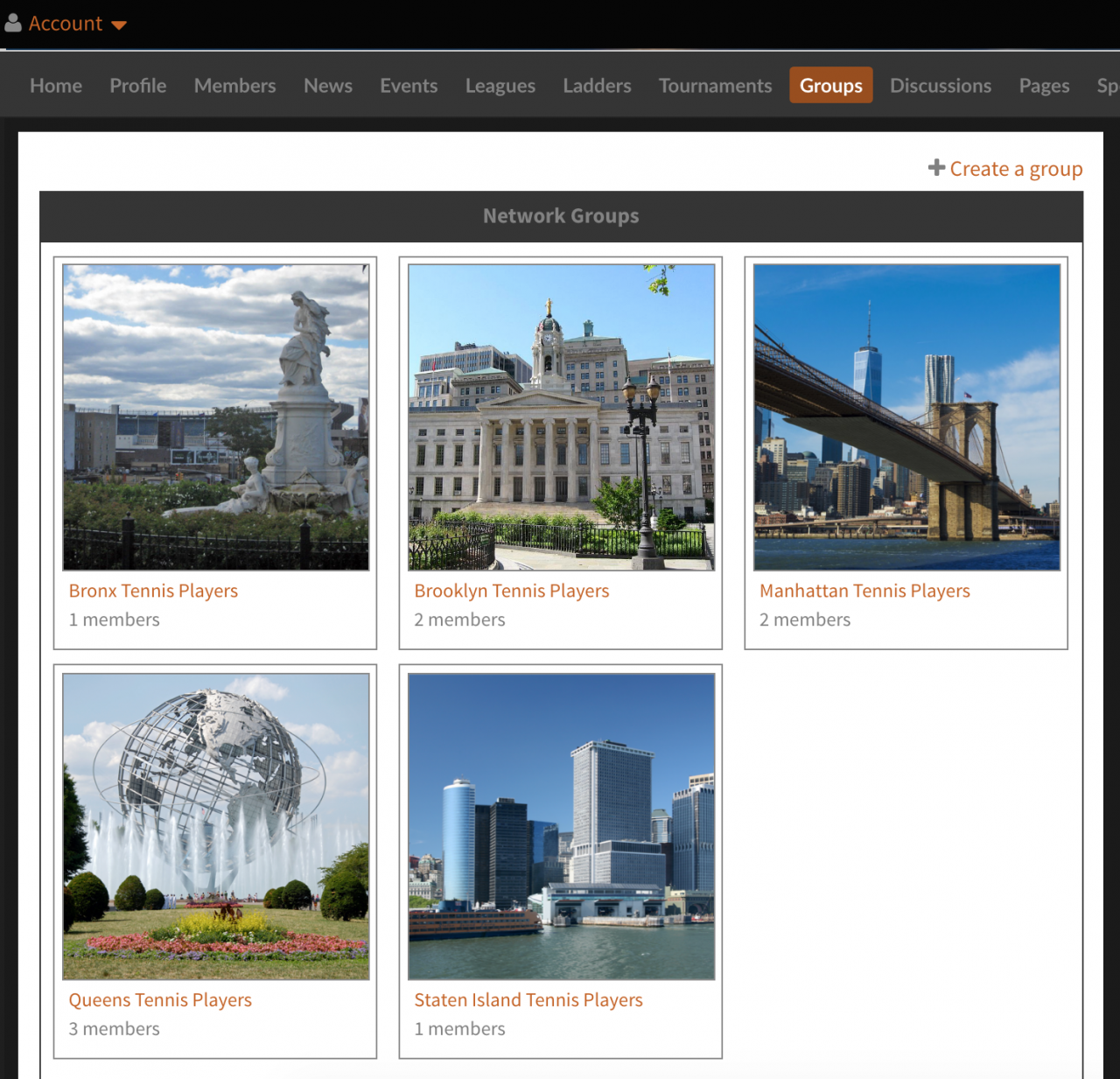 ​For example, we use groups to organize players in our official New York City tennis network.

Since New York City is such a vast area, we created a group for all 5 boroughs.

Your network could create groups for skill levels, age groups, membership levels and so on. 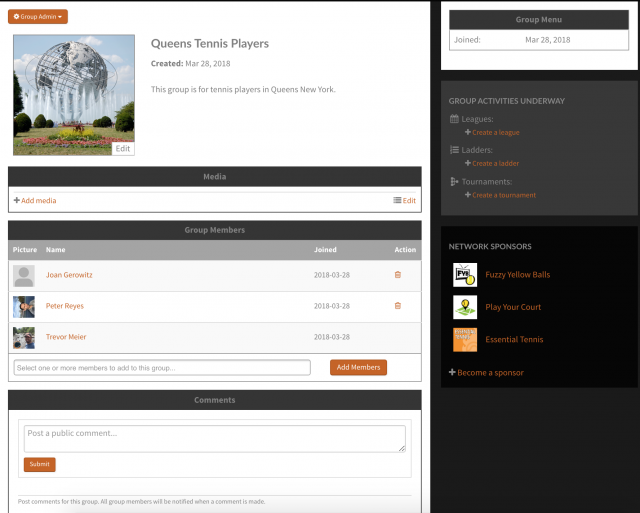 We hope this new feature will be useful. As always, we will be continue to improve this feature with your feedback and suggestions. Feel free to post comments on this blog post with your ideas.

Very useful feature. I've already created a field named Group, within my Network Members, for that purpose. Thanks Trevor.

Tennis Elbow and Strings
Tennis Gear
Just so we're clear, if you have tennis elbow, changing your strings won't get rid of it. It will help to reduce the vibration that you experience which can in turn reduce the pain. At this point if y...
14716 Hits
3 comments
Read More

Have Your Tennis Balls Lost Their Bounce?
Tennis Gear
Have you ever gotten to the court, only to find the perfectly good looking tennis balls you were going to use, have completely lost their bounce? Many players use a new can of balls each time the...
11815 Hits
4 comments
Read More

3 Winning Hybrid Tennis Racket String Combinations
Tennis Tips & Drills
This is an entry from my regular blog about racket stringing and I posted it here:  After reading this article you will have 3 winning hybrid combinations to improve your game. Some time back I publis...
8282 Hits
0 comments
Read More

The Unwritten Rules of Tennis
Tennis
Tennis Instructions
Don't let bad calls or scoring disputes ruin your fun on the tennis court. This article presents USTA guidelines and the unwritten rules of tennis that are designed to help you enjoy th...
7445 Hits
1 comment
Read More

The Unwritten Rules of Tennis
Tennis
Tennis Instructions
Don't let bad calls or scoring disputes ruin your fun on the tennis court. This article presents USTA guidelines and the unwritten rules of tennis that are designed to help you enjoy th...
7445 hits
1 comment
Read More
16 August 2012
The 2012 US OPEN is just around the corner
Tennis Tournaments
Technology has made it easy to connect to tennis.  Whether you like to watch it live on television, record it on TIVO or still use a VCR to record your favorite matches you had to go out and find...
544 hits
0 comments
Read More
01 March 2009
Maria Kirilenko in S.I.
Professional Players
Maria Kirilenko was just featured in the Swimsuit 2009 at SI.com. Here are a few of the pics and video clip....
641 hits
1 comment
Read More
© 2007 - 2021 Global Tennis Network, LLC