How to play tennis

Tennis lessons are a great way to learn how to play tennis. Tennis lessons teach you all the necessary skills to be able to play tennis. There are many different shots in tennis, each with a different way of holding the racquet and hitting the ball. There is the serve, ground stroke, volley, overhead, slice forehand, slice backhand, one hand backhand, and the two hand backhand. Without tennis lessons, it would be hard to obtain all these shots and do them correctly. Many people don't even know how to hold a tennis racquet. It is best to learn correctly so as to not have to re-learn how to play with the correct methods.

If you do not have time, or you just cannot afford tennis lessons (which in some cases can be expensive), there are many books and movies that you can purchase to help teach yourself how to play tennis.

Step 2: Learn how to play a tennis match.

Playing a tennis match is fairly simple. The first step is knowing how to win a point. In tennis you can win a point whether you are serving or not, it does not matter. To win a point, you opponent must either not return the ball or hit the ball out. If the ball hits a line in tennis, even if it hits only half the line, it is consider in.

The Serve: The player/team who serves first in a match is determined after both player/teams have warmed up and are ready to play. Warm-ups usually last about 10 minutes. The most common way to determine who will serve first is by the spin of a racquet, much like calling heads or tails on a flip of a coin. In this case the butt of the racquet is often used which has a "W" for Wilson racquets, a "P" for Prince racquets etc.. If the player who spins the racquet has a Prnice racquet he/she would say "P or D?" since an upsidedown P looks like a D. If the choosing player/team guesses correctly, he/she gets to choose to serve or return serve. The looser of the spin then chooses which side he/she will begin playing on. The first serve of the match is done standing anywhere to the right of a small line that divides the back line (formally know as the baseline) into two equal sides. To hit your serve in, you must hit the ball into the small rectangle as can be seen in the image on the left below.

Once a serve has gone in, the player returning the serve can now hit the ball into any part of the court across the net except for the alley lines. The alley lines are the long rectangle shapes on both sides of the court. These lines are used only in doubles where there are 4 players on the court and more space is needed.

After each point you alternate positions. The second point is now served on the left hand side of the small line and hit into the rectangle on the right hand side as seen in the image below on the right. This continues until the "game" is completed. We will go into how a game is scored and completed later.

Scoring: In tennis there are points, games, sets and the overall match. In order to win a match you must win 2 out of 3 sets. This simply means the person to win 2 sets first, wins the match. A set is the first person to win 6 games and win by at least 2 games. But, what if you and your opponent are 5 games apeice? Then a set must go to 7. A player/team can then win a set 7 to 5 games. If you get to 6 games peice you must then play a tie-breaker. Go to the "How to play a Tie Breaker" article to learn how to play a tie breaker.

A game must also be won by at least two points. Points begin at "Love". This is the same as 0 points. When a player/team wins a point they go to 15, if they win another they go to 30, and after another they go to 40. If they then win there next point and their opponents score is not also 40 (since you must win by two), then they win the game.

In tennis, the score is said out loud by the server before each serve. The server says his/her score first, and then their opponents score. For example, "Forty, Love". When mentioning the score of a match, set or game, you always say your score first. So if you said the score of your match was 2-6, 6-3, 4-6, this means you lost the match.

Tennis Elbow and Strings
Tennis Gear
Just so we're clear, if you have tennis elbow, changing your strings won't get rid of it. It will help to reduce the vibration that you experience which can in turn reduce the pain. At this point if y...
14798 Hits
3 comments
Read More

Have Your Tennis Balls Lost Their Bounce?
Tennis Gear
Have you ever gotten to the court, only to find the perfectly good looking tennis balls you were going to use, have completely lost their bounce? Many players use a new can of balls each time the...
11853 Hits
4 comments
Read More

3 Winning Hybrid Tennis Racket String Combinations
Tennis Tips & Drills
This is an entry from my regular blog about racket stringing and I posted it here:  After reading this article you will have 3 winning hybrid combinations to improve your game. Some time back I publis...
8304 Hits
0 comments
Read More

The Unwritten Rules of Tennis
Tennis
Tennis Instructions
Don't let bad calls or scoring disputes ruin your fun on the tennis court. This article presents USTA guidelines and the unwritten rules of tennis that are designed to help you enjoy th...
7490 Hits
1 comment
Read More

23 October 2013
Sponsor a Network
GTN News
Sponsoring a network is a great way to introduce local tennis players to your company or service. It also helps the network pay their network fees. When you sponsor a network, your logo will be featur...
1199 hits
0 comments
Read More
11 February 2016
How to Determine Your Tennis Playing Level
Tennis Instructions
Many people who play tennis, are unaware of the level they play at. Learn the differences in the playing levels with this simple chart. 1.0 This player is Just starting to play tenn...
2791 hits
0 comments
Read More
01 September 2017 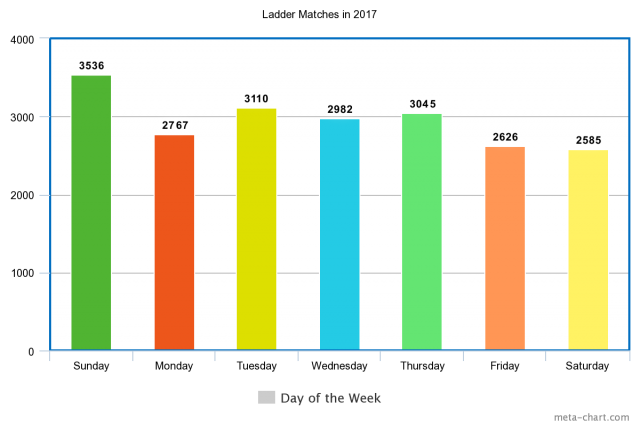