Due to popular demand, I have added the ability for ladder admins to place tennis ladder players on vacation or injury status.

This will keep the players from being challenge, or let other players know that the player is not available to play a match.

To use this feature, ladder admins should go to the "Manage Players" page.

From there, just select the player, then select injured or vacation, and select when this status will expire. Its that simple.

Avon and Somerset police published a photo of three men as part of an appeal for more information.

The other two are also believed to be British tennis players and police say they have names for all three, who may be able to help with their enquiries.

BBC tennis correspondent Jonathan Overend said Evans' agent confirmed on Sunday he is fully co-operating with police, but has been advised not to make any further comment at this stage.

The alleged incident is reported to have taken place in the early hours of Friday 19 March.

Evans, Britain's top-ranked teenager, was beaten in the second round of a tournament in Bath that week by compatriot Josh Goodall.

Avon and Somerset police issued an appeal on their website for help in identifying three men "who may have information".

The appeal said a woman left a nightclub with a friend and they began talking with two men before one allegedly pushed her onto a discarded mattress and sexually assaulted her.

Two years ago, Evans, who is believed to be in the United States, had his funding suspended by the LTA after being caught on a late night out while still involved in the doubles event at Wimbledon.

Looking for tickets to Wimbledon 2010?  Check out our website: wimbledon tennis tickets

A fun online tennis arcade game. Completely free. Play as much as you like.

Learn How to Stencil a Tennis Racquet

Have you ever wondered how racquet stringers stencil your tennis racquets? Stencils are painted on designs on the strings of a tennis racquet. Most of the time these designs are the logo of the tennis racquet brand.

This video shows how simple it is to stencil your tennis racquet.

Tennis Warehouse sells stencil of the major racquet brands, but if you want something more unique, then check out Racquet Art.  Racquet art has many unique stencil, like the ones below, or you can even custom design a stencil.

Nylon Strings are a good all-around string category. This is the basic, and most popular string choice in tennis. It also happens to be one of the cheapest. It has a crisper feel compared with Multifilaments, good, but not as gentle on the arm as Multi or Gut. It's reasonably durable and holds tension well. A good category of string when you're looking for power and control and affordability.

I just saw this on youtube. It is a portable backboard called the EZ Shot. Actually looks like a lot of fun. Check it out.

Ready to get hooked up with a fully-loaded Prince performance gear pack? Show your tennis knowledge and its all yours. Prince, makers of the highly-acclaimed new EXO3 racquet line is asking, “Do You Know Prince?” and they are offering members of the Global Tennis Network an exclusive opportunity to get gear! All you have to do is test your knowledge of Prince by texting PRINCEGTN to short code 95495 OR by visiting www.doyouknowprince.com/gtn to take the challenge. On Monday, August 31 at Noon (EST) we will pull a winner from our list of unique enters and give away a special Prince Prize Pack including a new EXO3 racquet, racquet bag, string, grip and Prince Aerotech apparel court shirt.

Players should also join the Official Prince Facebook Page for additional chances to win additional complimentary prizes as new questions are posted daily! But to win the full pack, be sure to use one of the unique registration methods above to be registered for our exclusive GTN promotion!

One lucky winner has now been selected.

WinSock comes in 4 colors. Get yours now and play with power.

Our ProTrainer WinSocks are one of a kind Revolutionary patented designs that give you fast results no matter what level you play at. You will Improve your game after just minutes.It's fun to win... So have more of fun with ProTrainer Tennis Innovations Products. See our products at http://www.ptwinsock.com/ Contact me at This email address is being protected from spambots. You need JavaScript enabled to view it.. The WinSock is a training weight that slides on and off your racquet quickly and easily. Unlike other sport training weights that are limited in real feel and timing because your not able to hit the ball, the WinSock can be used while actually hitting the tennis ball and your regular shots thus allowing you to focus on timing and swinging through the sweet spot, and at the same time, strengthening your tennis muscles which makes you a better tennis player. The small amount of weight is positioned at the center point of balance so it does not throw off timing and is used to hit all shots during your warm-up or practice sessions. After your warm-up; you remove the WinSock and you get instant powerful results including more racquet speed, stronger wrist and forearm muscles for better racquet control, more endurance, more penetrating ground strokes, faster reflexes and a higher level of overall confidence. Endorsed by Oscar Wegner " The Father of Modern Tennis" , Hawaii Tennis and Daily Racquet at  http://dailyracquet.typepad.com/my_weblog/page/2/
533 Hits
Tweet

How to Install an Overgrip on a Tennis Racquet

I found this good youtube video on how to install an overgrip on a tennis racquet.

It is important to understand the various tennis terms when you are looking at the game of tennis. Knowing the terms will help you understand the game and be able to play it even better. There are some basic terms that you can use to help you identify the rules of the game and what each of them means.

An ace is a service winner that was unable to be touched by the opponent. It can also be used to refer to a good tennis player. An alley is the portion of the court that is being used - in doubles, the doubles alley is the court that extends from the singles court.

If you have a bagel, it means that you've won a set without losing any games. Also, in tennis, a bye is when you advance to the next round of play without actually playing a match.  A challenger is someone who initiates a ladder match. Conventional scoring is the same as regular scoring. When the score is at deuce, it is tied at 40-40. Love in tennis is actually a bad thing because it mean you have no points in a particular game. Also, when you have a draw in a tournament, this means that you are drawing for the order of play.  A drop shot is when you hit the ball short so that it drops right over the net. If you have been called for a fault, it means that the serve has not landed in the service box. If your serve hits the net, and goes in, it is called a net. The match point is called when the player who is ahead only needs to have one more point in order to win the match. Mixed is a term that is used for a game where one female and one male are playing against one female and one male.

Trevor Meier
26 March 2009
Why Create a Tennis Ladder?
Tennis Ladders
Many clubs around the world are using tennis ladders to manage their tennis leagues. A tennis ladders is simply a tool to keep track of match results and rank the players based on the matches they hav...
628 Hits
0 comments
Read More 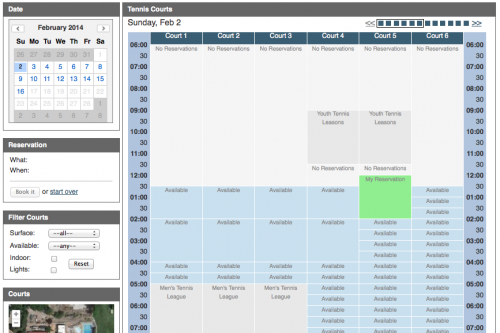 Networks Now Have a Tennis Court Scheduling Tool
GTN News
Networks now have access to one of the best, most easy to use tennis court schedulers available.Learn More...
626 Hits
0 comments
Read More

Achievements
Featured Blogs
We just released a fun new feature that I think everyone will really enjoy.We are calling it "Achievements".We will be automatically awarding achievements for reaching different milestones on the site...
76 hits
0 comments
Read More
18 January 2012

Learn how you can start a racket stringing business for $500?
Tennis Tips & Drills
The idea of stringing tennis rackets for a living does not appeal to everyone but if you are a tennis player and want to explore the idea of starting a stringing business than read on because I am goi...
1871 hits
0 comments
Read More
30 April 2012 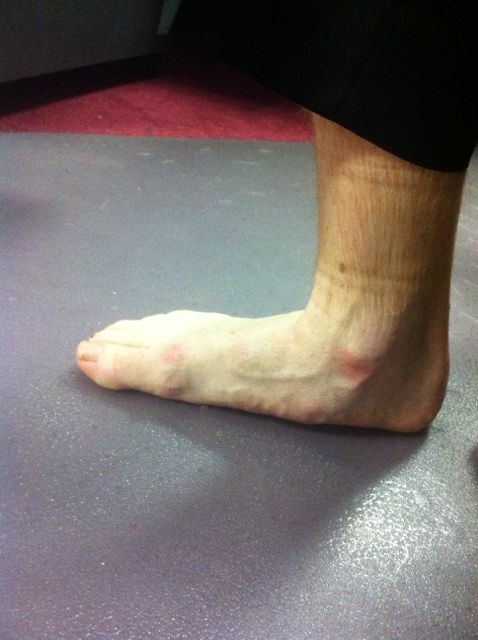